Edit
This article is a stub. You can help ELEX Wiki by expanding it. 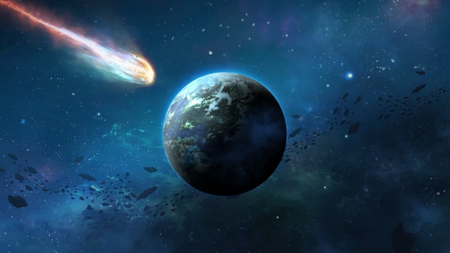 Magalan is the planet on which the game ELEX takes place. It is the overall setting and all game Locations are part of it.

Advanced in technology, civilized and with a population of billions, Magalan was a planet looking to the future. Then the meteor hit in what would later be known as the Great Fall.

Those who survived are now trapped in a battle to survive 160 years later, a struggle to decide the fate of a planet. At the center of this fight is the element "Elex". A precious, limited resource that arrived with the meteor, Elex can power machines, open the door to magic, or re-sculpt life into new, different forms.

But which of these choices should be the future of Magalan? Can Technology or Magic save this world? Or will this new power destroy all those left alive among the ruins? 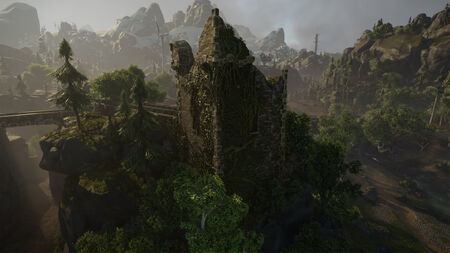 The world of Magalan has changed dramatically in the 160 years since the catastrophic meteoritic impact. It is marked by memorials of the ancient world. Some of the ruins have survived for several centuries and had already been relics in the Old World. These ruins offer different groups and animals protection from their enemies. But the vegetation slowly regains this part of the earth and begins to overrun the massive walls and towers.

On Magalan you’ll find a variety of ruins and all of them are created by hand and placed in the world individually. First, the individual parts of a ruin are prepared and then they’re assembled in the world. This method provides versatility in the use of ruin parts to the team. In the following steps more details and objects are added to make each ruin look unique and inviting.

Community content is available under CC BY-NC-SA 3.0 unless otherwise noted.